The Songs Of Jay Bolotin Volume 1: Shadow Of A Beast 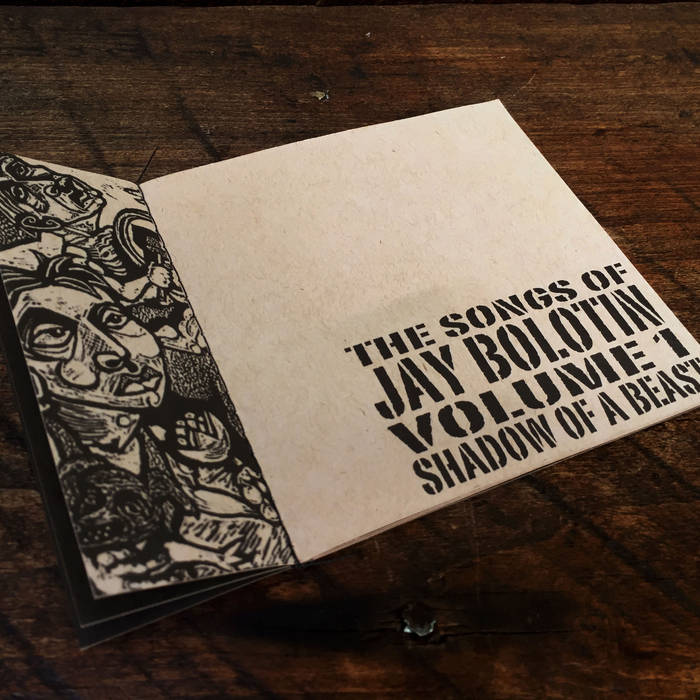 The first release in over thirty years - these songs tell stories that have become part of peoples lives - from a circus to a parlour to a pause outside a preacher's tent - and out upon a burning boat.

A native of Kentucky, Jay Bolotin has long been admired (and sometimes castigated) by a variety of people in many different genres and disciplines. Seemingly disparate people as Porter Wagoner and the famed opera director, Jonathan Eaton, have championed Jay's work. Dan Fogelberg had a hit with Jay’s song, “Go Down Easy” in the mid- eighties. Both Merle Haggard and Kris Kristofferson tried to help Jay record his music, but this was notoriously difficult to do and many years have passed with no recordings available.
In early 2006, Bond Bergland, famed as the guitarist of Factrix and The Saqqara Dogs, got together with Jay to attempt some recordings with a group of extraordinary musicians in Berkeley, CA. Perhaps the success of the recordings has more to do with what they did not play - requiring a sensitivity allowing the story line of the songs to take the front seat. The vocal songs are interspersed with Jay’s instrumental songs from the soundtracks of various movies and documentaries, including Jay’s recent motion picture, “The Jackleg Testament.”
As a total listening experience, this disc weaves tales from the forest to the city, stopping along the way in a timeless parlour and the tent of a preacher.
Jay is noted for crossing over many disciplines. His work seems at home in Opera Houses, Concert Halls, and Contemporary Museums. As a visual artist, his work is included in the Museum Of Modern Art New York, Museum of Contemporary Art San Diego, The Seattle Art Museum, The Georgia Museum of Art, The Australian National Museum, The print collection of the New York Public Library, and many others.
In 2002, The Opera Theater of Pittsburgh produced Jay’s opera, titled “Limbus: an Opera for Human and Mechanical Actors”, for which he also built the lumbering mechanical set. In 2005 through 2009 - several exhibitions and concerts are taking place, both in the United States and Europe. The exhibitions are of the source material and screenings of a movie Jay made out of his woodcuts, for which he also wrote the score. “The Jackleg Testament, Part One: Jack and Eve” features both Jay’s voice and that of England's pre-eminent lyric tenor, Nigel Robson - the great Wagnarian Bass, Monte Jaffe - and the sultry pop singer, Karin Bergquist of the band, “Over the Rhine.”
“The Songs of Jay Bolotin, Volume One: Shadow of a Beast” is the first volume of Jay’s music released in over 30 years and is the first of several volumes planned. The packaging of this CD is hand bound and features many of Jay’s woodcut images.

Kris Kristofferson has referred to Jay as “One of the three best songwriters in the country.”