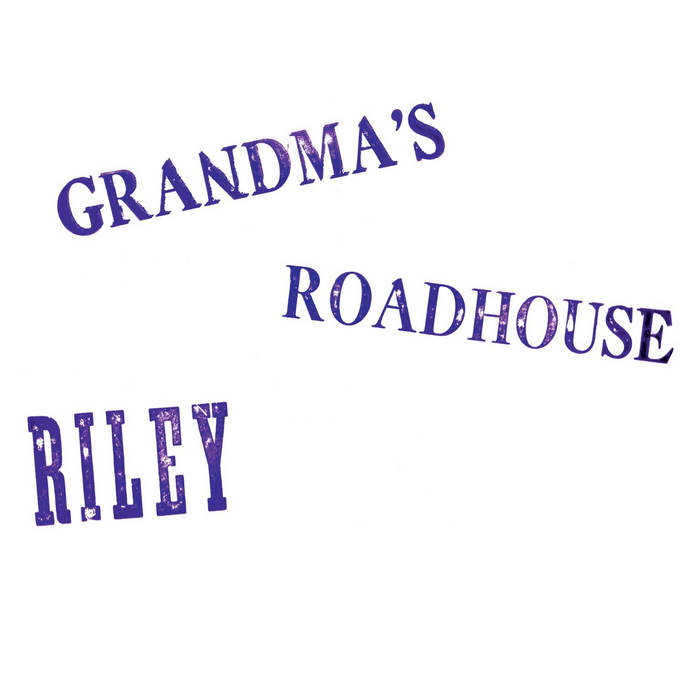 Barbecued pork on cornbread,
Sure do treat a belly fine.
A tall, cool glass of buttermilk,
That's how Grandma blows your mind!

Grandma's Roadhouse is an album that feels like a well-worn favorite, only you've actually never heard it before. It extolls a simpler time - shacks made of tarpaper, roadhouses where down-home grub comes out fast and friendly, and star filled nights of sheer bliss in a field of green with my friend Jane. Images, and a groove-along sound so comforting, you could almost forget about the chiggers crawling up your legs.

In 1970, Gary Stewart, future King Of The Honky-Tonks, was five years from his first #1 record, "She's Acting Single, I'm Drinking Doubles," and living in a beat-up trailer near Franklin, TN. Gary and his writing pal, Bill Eldridge, were getting songs cut by Stonewall Jackson, Hank Snow, Cal Smith, etc. while Gary was also recording singles for Kapp records without much success. The two also had "day jobs" at Bradley's Barn studios, getting coffee and setting up mics for the country stars who recorded there. One benefit of working at Bradley's was the pair got a leg up on placing their songs by being at the studio when the artists and their managers walked in. The other benefit—for us—is that Gary and Bill were given carte blanche to use the studio on off hours to record their own stuff. Gary invited his old friend, Riley Watkins to bring his band (Riley, Jim Snead, Jim Noveskey) down from Michigan to back Gary & Bill on their songs, and to record some of their own. The sessions were loose and experimental. Songs were recorded quickly with multiple versions, varying the instrumentation and vocals. The Gary Stewart - Riley combination was like "Barbecued Pork On Cornbread," and the mostly late-night sessions were so much fun that no one remembers much detail, other than rolling joints, working out arrangements at Gary's trailer, and the intense satisfaction of liking what they were hearing. What emerged was a sound that was not yet in Nashville, and Nashville didn't want it. There were trickles of "country-rock" seeping out of various corners of the US, but what these fools had stumbled across was pure "headneck" genius.

In 1971, Riley pressed up 500 copies to sell at gigs back in Michigan until the inevitable "real" record deal came through. But within a year, the band splintered, with Riley Watkins, Jim Snead, and Jim Novesky each going their separate ways. As for the record deal, it never came, and Grandma's Roadhouse was lost in the cracks. One song from the album did eventually see daylight, when in 1976, Gary re-recorded "Easy People" in a bluegrass style on his second RCA album, Steppin' Out. But the rest have remained unheard... until now.

Delmore Recordings, who unearthed the Kris Kristofferson publishing demos (Please Don’t Tell Me How The Story Ends), and the 1971 CBS Love Sessions (Love Lost), discovered the album while researching material for an unreleased Gary Stewart project currently in production, and fell under the spell of its grits and gravy charm. We hope you will too. So put it on, kick your shoes off, and let yourself slip into the backwoods world of Grandma's Roadhouse. Grandma's waiting for you.

A vintage collection conjuring up a simpler time when the smell of weed wafted through the sky like dandelion heads blowing in the wind. guitarist/vocalist Riley Watkins, drummer Jim Snead and bassist Jim Noveskey, formed their short-lived band Riley a little more than forty years ago. And the title of this southern-fried country rock curio isn’t likely to be an LP you’ve ever come across in the used record bins unless you’re a seasoned and somewhat fortunate crate-digging collector type. You see, only 500 copies of Grandma’s Roadhouse were pressed up by the band on their own label, back in 1971, and, as MOJO magazine rock scribe Michael Simmons so aptly states in his liner notes for this reissue, “….a few made it out into the world, the rest remained cloistered in the attics and basements of the participants and their families.”

One day, in late 1969, Riley got a call from his old friend Gary Stewart, who along with Eldridge, had begun working as engineer’s assistant at the famed Bradley’s Barn recording studios, which had been built in an actual barn, just outside the town of Mt. Juliet, Tennessee, by legendary record producer Owen Bradley. One of the benefits of working at Bradley’s Barn was that Gary and Bill were given carte blanche to use the studio in off hours to record their own stuff. Stewart asked Watkins to bring his band down to the hills of Tennessee and do some recording, explaining to his former bandmate that he and Eldridge had landed a publishing contract with Bradley’s Forrest Hills Music company and they needed a band to help him record their songs.

Over the next several months, into the new decade, Riley (the band) would play weeknights in Michigan bars and then hightail it down to Bradley’s Barn to record their songs, usually during the studio’s off-hours, and it was during these sessions that Watkins, Snead, Noveskey and Stewart recorded the songs which ended up on Grandma’s Roadhouse.

Stewart contributed four songs included on the album, and even sings lead vocals on two of them, “Drinkin’ Them Squeezins” and “Love, Love You Lady,” and duets with Watkins on the title track. Riley Watkins sings lead on the rest of the songs, his hearty, sometimes throaty vocals tending toward a bluesy style that might remind some of a more down-home David Clayton Thomas (of Blood, Sweat & Tears). One song from the album did eventually see daylight, when in 1976, Gary Stewart re-recorded “Easy People” in a bluegrass style for his second RCA album, Steppin’ Out.

A true “lost” band, Nashville’s little-known Riley were contemporaries and kindred spirits of Creedence, The Flying Burrito Brothers, and a host of country boys with soul from Eddie Hinton to Tony Joe White. Led by singer/songwriters Riley Watkins and Gary Stewart, the group recorded its lone effort during a series of late-night sessions at Music City’s famed Bradley’s Barn studio in 1970. A few hundred hand-stamped copies were pressed up and generated some industry buzz, but little else. While Stewart would go onto country chart success later in the decade (before a slow personal slide that led to his 2003 suicide), Grandma’s Roadhouse was forgotten. Finally rescued by archivist Mark Linn – responsible for last year’s superb Kris Kristofferson publishing demos collection – the album proves a genuine revelation, from the rowdy bottle-breaking opening of the title track to the irresistible pop-flecked closer "Funky Tar Paper Shack". Riley’s husky bark and Stewart’s cutting croon merge together conjuring febrile harmonies, while the songs move majestically between good ole boy gospel ("Listen to My Song") and delicate balladry ("Love, Love You Lady"). Cosmic American music at its finest. —Bob Mehr / MOJO