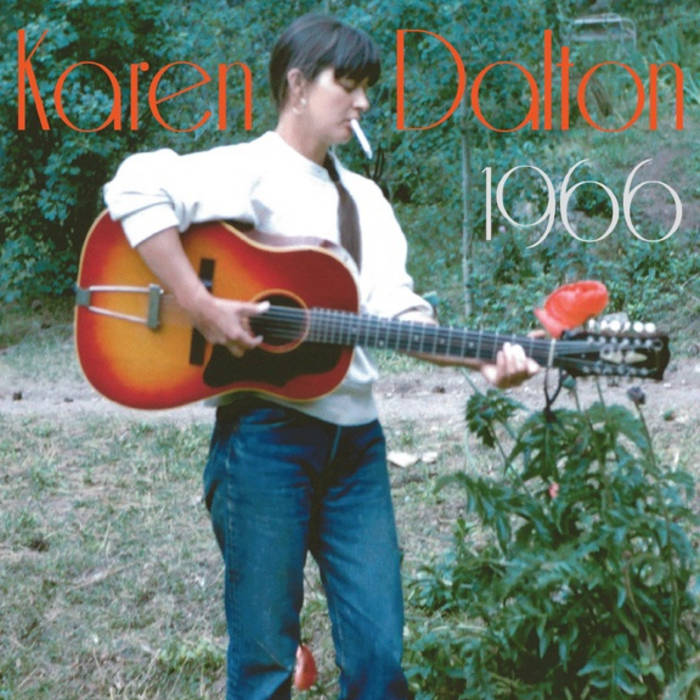 Delmore Recordings is incredibly proud to announce the February 2012 release of Karen Dalton - 1966 -- newly unearthed reel-to-reel recordings made of the elusive songstress rehearsing with her estranged husband Richard Tucker in the Colorado cabin they shared. Karen Dalton - 1966 is being released February 1, 2012 by Delmore Recordings, distributed by Light In The Attic.

Karen Dalton was a remote, mercurial creature, a hybrid of tough and tender with an otherworldly voice that seemed to embody a time long past. As is often the case with such fragile beings, she instinctively understood that if she wanted to survive the harshness of the world around her, she would have to keep herself hidden. So it comes as no great surprise that she rarely sang in public or ventured into the unnatural setting of a recording studio. Only twice was she coaxed into formal studio settings, for 1969's It's So Hard To Tell Who's Going To Love You The Best and then again for 1971's In My Own Time. The rest of the time she made undocumented music at home, late nights sitting around with friends, singing songs until the sun came up.

In 1966, one of those exquisite evenings was captured by Carl Baron, who lugged his tape recorder to the cabin where Karen and Richard were living; the couple was practicing for an upcoming gig when Carl hit the "record" button. The result is this tape, now some 45-years old, carefully exhumed, documenting Karen, at her most pure, raw and unfiltered. On Karen Dalton - 1966 are Fred Neil and Tim Hardin songs we've never heard Karen give voice to before, as well as traditional numbers she uncannily makes her own, including a devastating version of her signature song “Katie Cruel,” that is so raw and powerful, it is as if the ghost of Katie seeped into Karen’s very blood and sinew.

In 1966, Karen Dalton, traded in the unrelenting 24-hour-intensity of NYC for a remote cabin in Summerville, Colorado with no running water and no actual address. Like her close friends Fred Neil and Tim Hardin, Karen was unable to handle New York for long stretches and periodically sought relief. In Summerville, the pressures of finding gigs and coming up with the rent were replaced by fresh air and horses to ride. Karen was as natural atop a steed as she was with a banjo in her hands. Her long hair blowing in the wind as she guided her horse, Mamacita, across the green plains, was an image as indelible as her dark voice on tape.

Her erstwhile collaborator Tim Hardin showed up shortly thereafter, clutching a handful of newly written songs that would soon establish his formidable reputation, and moved in down the road. Most nights were filled with music. Karen, Richard and various friends traded songs around the wood-burning stove. Carl Shames, a writer and musician, witnessed many of those magical evenings, and would also accompany Karen and Richard on some of their gigs.

Carl says, "Karen’s voice knocked me over and got right into my bone marrow. Haunting and piercing – I had never heard anything quite like it. Hearing the music today evokes those great memories, and appreciation of her talent, but I think you can also hear her isolation - she didn't reach out to audiences either in selection of material or the way she sang and played. So she thought nothing of doing five songs in a row all in the same mood and rhythm. She was in her own world."

Now, we can listen to these performances, close our eyes and imagine we too are gathered around that stove, basking in the beauty of those Colorado nights, witnessing something dangerously beautiful.